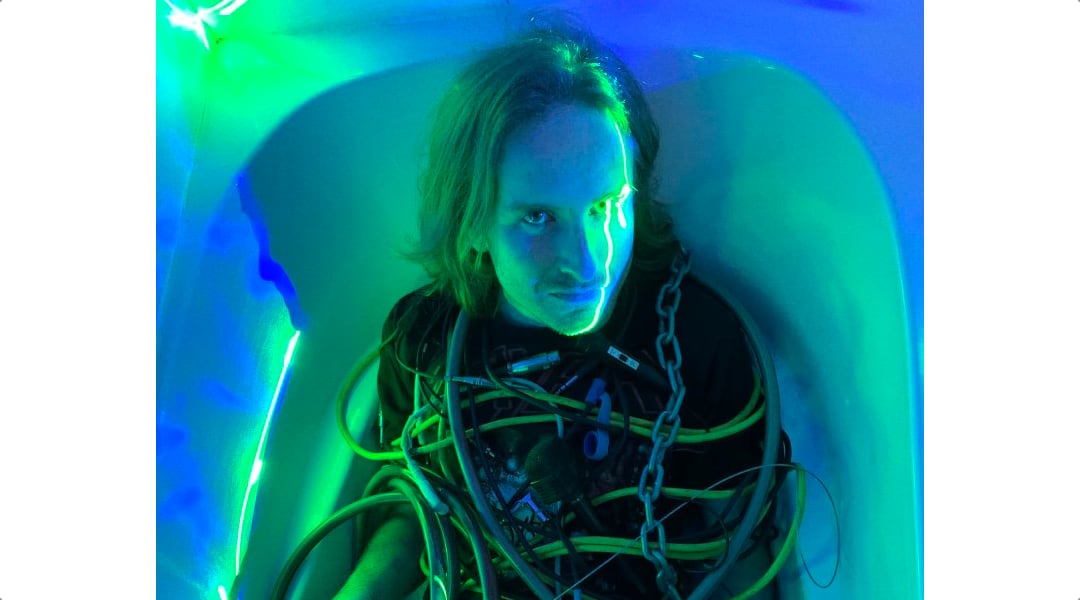 ”The album featuring Perfect storm plays as one continuous piece of music, each song inspiring either the song before or after it.  Perfect Storm was the last song written, and it was made because I needed something to musically connect the first and third songs together.  It, along with the rest of the album, was written and recorded in the first couple months that my city went into ”lock down” over the pandemic.  As a result, a lot of the lyrics were in part influenced by that sense of uncertainty and fear many were experiencing, as well as reflections on past personal experiences. Perfect storm refers to relationships on the verge of collapse, whether they be romantic, ideological, religious, etc.  They often start in a place of good intentions, but become corrupted when people lose sight of what made them valuable to begin with.  It’s a very sad thing when that happens, and it often occurs without those involved ever realizing it. For whatever reason, that’s what the music pulled out of me… but it’s also fun to dance to!  Oh, and the entire album exists because I was messing about with an Oberheim Matrix 6 synth from 1986, which features quite heavily in every track.  It accounts for the 80’s nostalgia vibe, rather than from any attempt to recreate the sound of that era – that sound is embedded within every patch on that keyboard.  It’s probably what attracted me to it.  Guitar is my primary instrument, so it was cool to write songs on something completely different.”